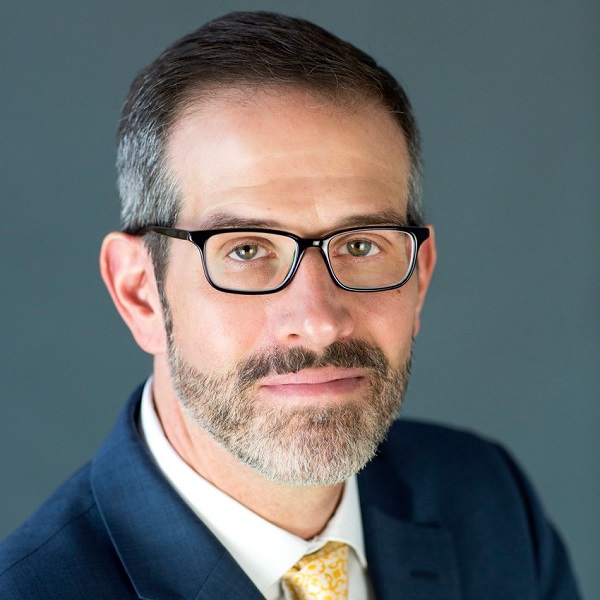 Rich Maroko is the President of the Hotel and Gaming Trades Council, AFL-CIO, the union representing 40,000 workers in the hotel and gaming industries in New York and New Jersey.  He also serves as Business Manager for UNITE HERE Local 6, and as the Recording Secretary of UNITE HERE International Union, which represents 300,000 workers across the United States and Canada.

During his 20 years with the Hotel and Gaming Trades Council, Rich has distinguished himself as a fierce negotiator and advocate for workers.  He has negotiated hundreds of collective bargaining agreements with major hotel and casino chains, including as lead counsel in bargaining the Union’s master NYC contract, valued at over 2.5 billion dollars per year.  Over the past several years, he has overseen the union’s explosive growth in NJ and upstate NY, where the Hotel and Gaming Trades Council doubled the number of union hotels and won the first ever statewide master contract in the hotel industry.

Rich was intimately involved in the Union’s expansion into the gaming industry, including the organizing of virtually all the operators in New York State and the negotiation of collective bargaining contracts with each of them.  He has also played a key role in overseeing the union’s political and legislative program, which has been successful in numerous policy initiatives benefiting hospitality workers on the state and municipal levels.

President Maroko took the helm at HTC at an exceptionally challenging time for the Union’s members, as the hospitality industry reeled from the effects of the COVID-19 pandemic.  As a result of his recent efforts, furloughed workers at HTC-represented facilities received over half a billion dollars in supplemental pay and continued healthcare during the pandemic-caused shutdown.  He also crafted strict safety protocols designed to keep workers and guests safe at facilities that remain open, and successfully secured agreements across New York’s and New Jersey’s hospitality industry to codify those protocols.

Before coming to the Hotel and Gaming Trades Council in 2002, Rich practiced labor and employment law in New Jersey and New York.  He fought cases in front of state and federal courts and before the National Labor Relations Board, the Equal Employment Opportunities Commission, and the Division of Human Rights.

Rich has served on the New Jersey Transit Board of Directors since February 2020, after being appointed to that position by Governor Phil Murphy.  As a central player representing New York’s hospitality industry, he was also appointed by New York City Mayor Eric Adams to the mayor’s COVID Recovery Roundtable, and to the “New” New York Blue Ribbon Panel, which was co-convened by the mayor and New York Governor Kathy Hochul.  He was a long-time adjunct professor of Labor and Employment Law at Queens College, and is currently on the Board of Cornell University's Center for Innovative Hospitality and Employment Relations.  He graduated Phi Beta Kappa from Rutgers College, earned a law degree from the University of Pennsylvania, and later received a Master's degree in Labor and Employment Law, with distinction, from Georgetown University Law School.