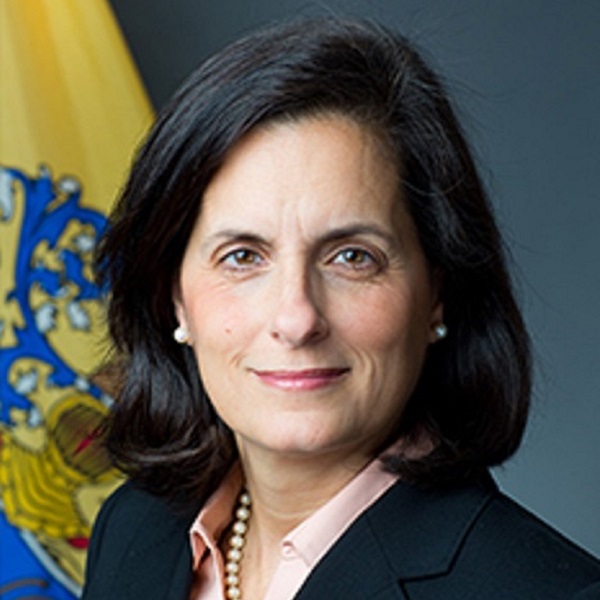 Elizabeth Maher Muoio was officially sworn in as State Treasurer on April 17, 2018 after being confirmed by the State Senate. She had been serving as Acting State Treasurer since Gov. Murphy assumed office on January 16, 2018.

Prior to joining the administration of Gov. Murphy, she had served as a member of the New Jersey General Assembly, representing the 15th Legislative District in Mercer and Hunterdon counties since February of 2015. Full Bio